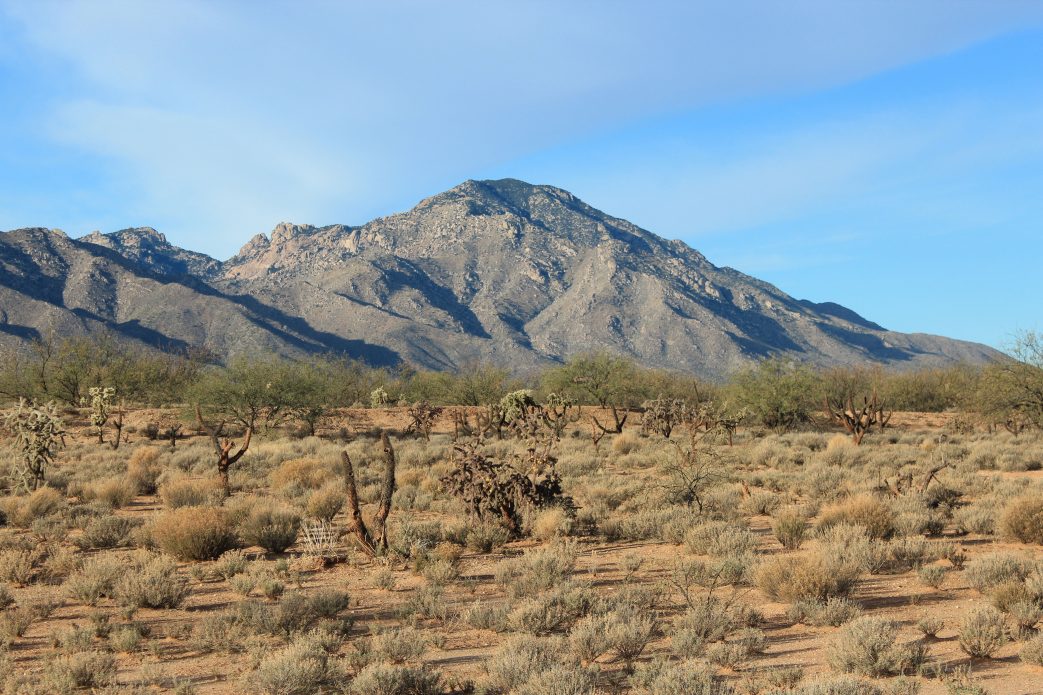 This region is recognized for its stunning views of the surrounding valley and diverse plant species ranging from Madrean oak to saguaros, Ironwood, Manzanita and Mexican pinyon trees. It provides habitat for a number of species including the Lesser long-nosed bat and Cactus ferruginous pygmy owl.

Funding for this project was provided by the Land and Water Conservation Fund (LWCF). LWCF is funded through a portion of federal royalties from offshore oil and natural gas production revenues and does not use taxpayer dollars. LWCF recently received full and permanent funding earlier this month thanks to the passage of the Great American Outdoors Act.

“The Trust is proud to again have partnered with local landowners, the BLM and LWCF to permanently protect a unique southern Arizona landscape,” said Liz Petterson, Trust Executive Director. “The Hayhook Ranch project is another perfect example of the public benefit provided by LWCF – improving access to the Coyote Mountains Wilderness Area, securing habitat for key wildlife and plant species, and protecting the vital cultural values in our region.”

This transaction builds upon a longtime partnership between the Trust and the BLM, most recently expanding protected areas within the nearby Ironwood Forest National Monument by nearly 1,000 acres, also utilizing LWCF.

The 5,080 acres of the Coyote Mountains Wilderness area are managed in conjunction with the Baboquivari Peak Wilderness Area. These areas were designated by the Arizona Desert Wilderness Act of 1990 on November 28, 1990, and together total 7,145 acres.

The Trust and BLM received letters of support for the project from Pima County, Rocks and Ropes and the Southern Arizona Hiking Club.