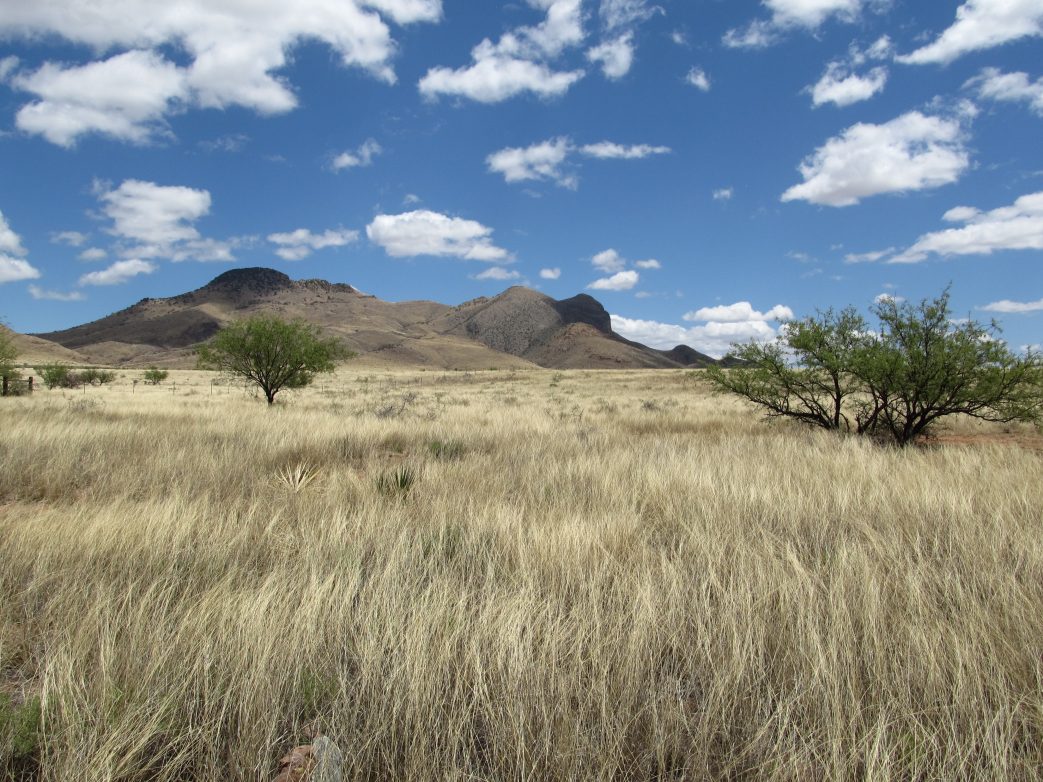 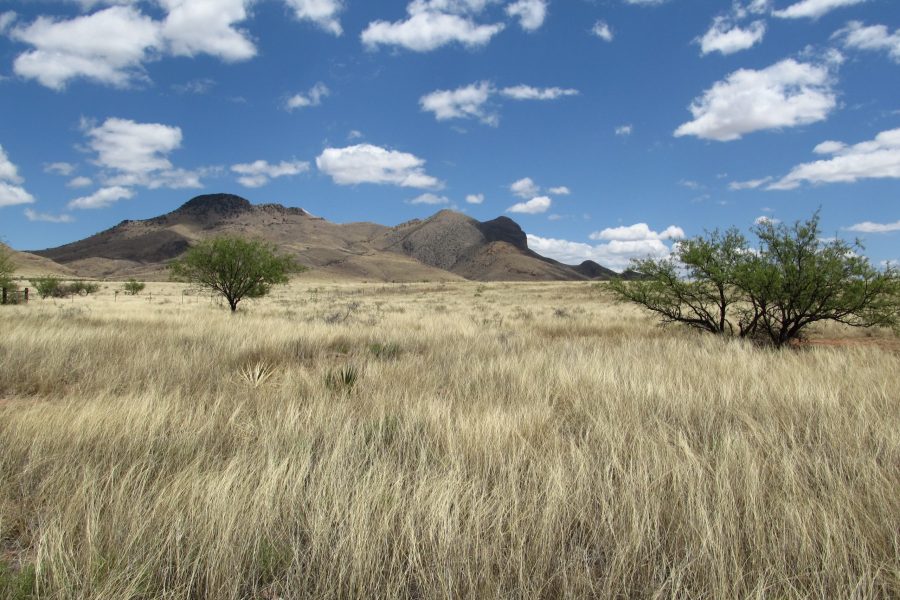 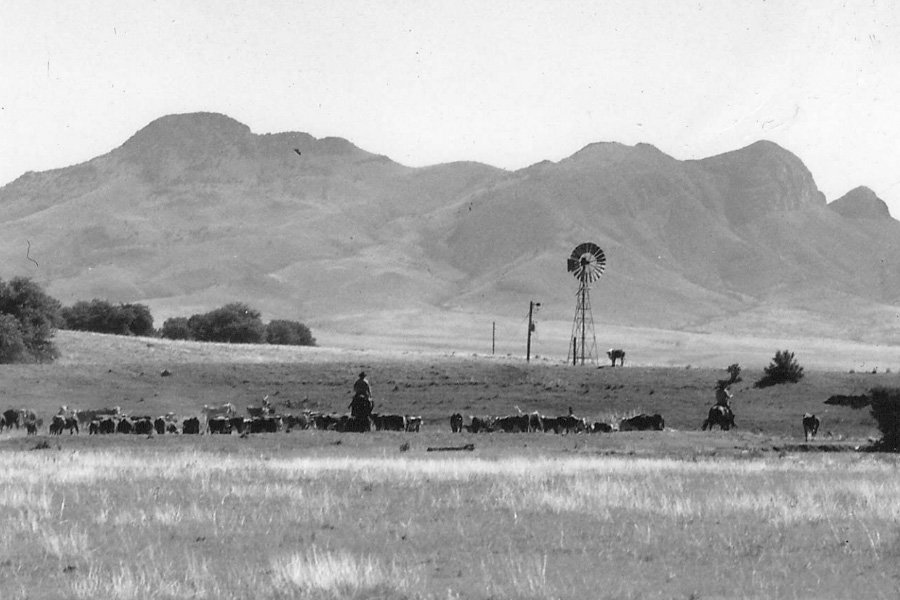 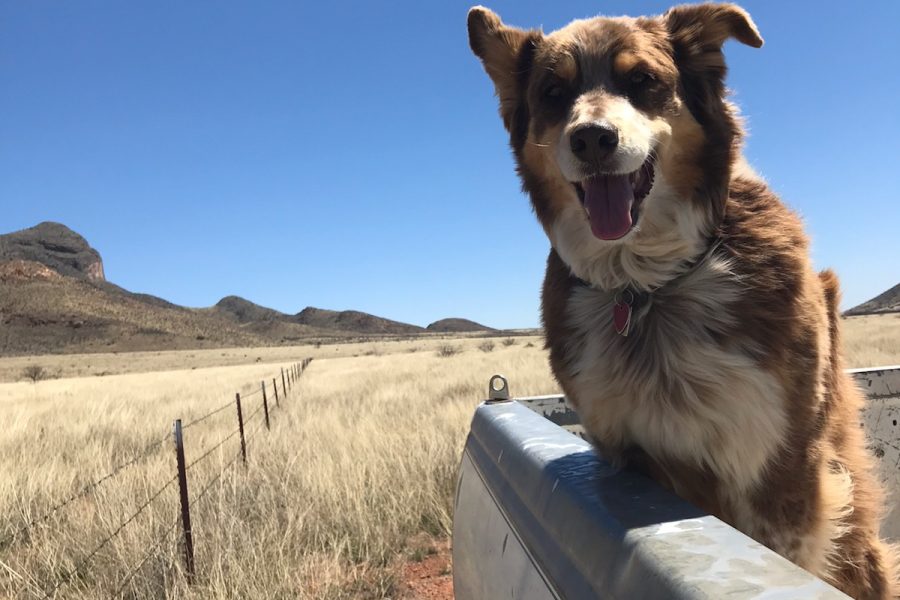 Arizona Land and Water Trust has partnered with the Department of Defense (DOD) and the Woods family of Elgin, south of Tucson, to permanently protect 160 acres of Mustang Ranch. The funds to purchase a conservation easement were provided by the DOD’s Readiness and Environmental Protection Integration Program.

The property lies within the Fort Huachuca Sentinel Landscape, one of only seven such landscapes across the country identified as a priority area for promoting and sustaining agriculture and other compatible land uses in a manner that protects nearby military testing and training needs. The ranch is north of Fort Huachuca in the R-2303 Military Airspace that is critical to reducing proliferation of electromagnetic interference with the fort’s electronic testing.

“The purchase of the 160-acre Mustang Ranch conservation easement is not only good for Fort Huachuca, but it is good for our neighbors,” said Col. Whit Wright, Fort Huachuca’s garrison commander. “As part of the continuation of our Army Compatible Use Buffer Program, this conservation easement will permit a historic ranch to remain in useful production and conserve open space within the Fort’s R-2303 Restricted Airspace and the Buffalo Soldier Electronic Test Range.

“As the second designated Sentinel Landscape Partnership, Fort Huachuca, along with U.S. Forest Service, Natural Resources Conservation Service, Fish and Wildlife Service, and DOD are working with the Arizona Land and Water Trust, the Arizona Department of Forestry, and more than 40 other local, state, and federal partners to support efforts to promote working lands, protect wildlife habitat and ensure military readiness.”

The Mustang Ranch project expands upon nearly 5,000 acres of working landscapes the Trust has protected within the Elgin area. It also helps maintain a critical wildlife corridor between the Huachuca and Whetstone Mountain ranges and is a prime example of native grasslands.

“We are honored to have worked with the Woods family and celebrate their long legacy of ranching in the Elgin area,” said Liz Petterson, Executive Director for the Trust. “This project is a perfect example of how conservation easements both sustain rural livelihoods and the mission of Fort Huachuca, both strong economic drivers for Southern Arizona.”

Mustang Ranch is a historic, 390-acre working cattle ranch owned and managed by siblings Mark and Lucinda Woods. Passed down within their family for over 100 years, it is also an important piece of Santa Cruz County’s cultural and agricultural heritage.

Mustang Ranch was passed down to Mark and Lucinda in 2016 by their mother, Jane C. Woods, who inherited the property in 1986 from her parents, Stone and Fern Collie. Fern and Stone acquired the ranch from Fern’s parents, Marcus and Nellie Bartlett, who homesteaded the property in 1912.

As the story goes, Stone knew he wanted to marry Fern as soon as he laid eyes on her stepping off the train. The two were married seven years later and, in addition to the working cattle operation, opened Mustang Ranch to guests in the 1930s. The ranch became popular among guests who returned each year for a more rugged and realistic cowboy experience. The couple were also integral to their community. Stone was instrumental in establishing the Santa Cruz County Fair and Rodeo Association and Fern was a musician and the first teacher at the Canelo School. Later, Fern also played a role in the early days of the Cowbelles alongside her daughters, Jane and Marka.

Mustang Ranch also had the privilege of hosting some of the actors of the movie “Oklahoma,” which was filmed at the train station in Elgin.